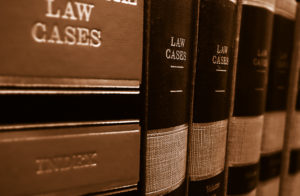 A young man who suffered brain injury after being thrown from a Jeep Wrangler has lost 10% of his $1.6m damages award due to contributory negligence for riding in the car with his drunk friend.

In 2009, the 16yo had been in the Jeep Wrangler soft top which was being driven by the 22yo driver (the appellant) when it rolled over after running off a back country road near Tamworth.

At first instance, the primary judge Hamill J, at [2014] NSWSC 1524, found that the appellant had intentionally driven the car onto the road verge as a prank to scare his passengers after the group left a house party watching the rugby league grand final.

The appellant had been drinking and was a P-plate driver. When his car rolled over one of the passengers was killed.

On appeal the question of contributory negligence was examined and Meagher JA noted that “in the circumstances, the hypothetical ordinary, reasonable 16yo, recognising that there was a real risk of serious injury, would not have travelled in the car.”

“From the respondent’s perspective, the taking of that precaution would likely have involved inconvenience and delay. However it was not necessary that he accept the appellant’s offer and in not rejecting it he failed to take reasonable care for his own safety [76].”

The respondent’s conduct in travelling in the vehicle exposed him to the risk represented by a driver whose driving capacity and decision making was impaired due to alcohol.

“In the circumstances there should have been some reduction in the respondent’s damages to reflect his lack of care. The primary judge erred in concluding otherwise. However that reduction must reflect the significant difference in the respective culpability of the parties. I consider a just and equitable reduction to be 10%.”