Young girl excluded from contributory negligence because she was a minor 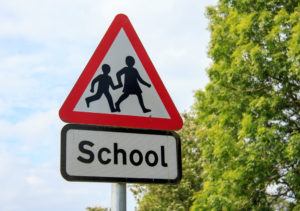 In a decision of the Supreme Court of NSW, a 9 year old girl with developmental disabilities was excluded from a finding of contributory negligence following a car accident due to the fact that she was a minor.

The girl suffered serious head and brain injuries after being hit by a car while she was riding her bike near her school. She was not wearing a helmet. Impact velocity was likely below 40km/h because of absent damage to windscreen and minor injuries to other parts of the plaintiff’s body.

Cycling without a helmet

Expert evidence suggested that if the girl had been wearing a helmet, head and brain injury would have been very unlikely.

“Dr Henderson refers to studies which show that the risk of upper head injury, including brain injury, is 2.7 times higher among non-helmet wearers than among helmet wearers. To put it another way, Dr Henderson expresses the view ‘that injuries to the upper middle parts of the head may be reduced by about 65% if a helmet is worn,” [at 71].

Driver should have taken note of the child

On the issue of the driver’s negligence, his Honour noted leading decisions including Manley v Alexander [2005] HCA 79 at [11-12]: which held that a driver is obliged to be aware of vicinity events, and Derrick v Cheung [2001] HCA 48 at [13] which describes a driver’s obligation to reasonable care.

His honour found the driver was negligent and the accident was avoidable – the driver should have taken note of the child on the bike and driven accordingly.

“In my view the risk was foreseeable. It is notorious that children are unpredictable and often careless of their own safety. It is not far-fetched that a child forgetting herself may ride out on to road without looking. I do not accept that reasonable care requires nothing of a driver until the risk becomes so real that an emergency response is required. I am also satisfied that the risk was not insignificant,” [in 93].

“Considering the matter in this way, I am satisfied that a reasonable driver in Mr Bisset’s position would have taken note of the child riding her bike on the footpath, which along with the other considerations I have referred to above, would have cued his level of alertness. Simultaneously with his other responsibilities in accordance with Manley, he should have kept an eye on her until he was safely past her,” [in 95].

“His explanation that he was driving into the sun and the consideration that he did not at any time see Charmayne until it was too late to take any evasive action makes it clear that he was not keeping a proper lookout. Glare and shade provide no adequate explanation. These form part of the natural conditions which all drivers must deal with and adapt their driving accordingly,” Campbell J said [96].

No contributory negligence for minor

On the issue of contributory negligence, his Honour found that the girl was required to wear a helmet.

However, after reviewing the relevant law on contributory negligence and construction authorities, Campbell J found that s 138 of the Motor Accidents Compensation Act 1999 (NSW) did not apply to the girl according to the principles set out in McHale v Watson [1966] HCA 13; 115 CLR 199.

“Considering the provisions of the Act read as a whole, Parliament wish to achieve the purpose of requiring Courts to find contributory negligence in motor accident cases where the injured person (not being a minor) had committed or acquiesced in the commission of breaches of motor traffic law enacted for the injured person’s safety,” [in 125].

Therefore the parenthetical exception “not being a minor” should be imputed into s 138(2)(d).

His Honour noted that before the accident the girl was regarded as intellectually disabled with an IQ of 45 and therefore likely to be as forgetful as a 5 year old and not have the same appreciation of danger, and possible consequences as a reasonable adult.

On the other hand the driver’s failure to keep a proper lookout in the circumstances “involved much greater culpability, and greater causal potency as it would have been obvious to anyone who saw Charmayne that she was not wearing a protective helmet, than Charmayne’s departures from the degree of care to be expected from an ordinary or reasonable 9 year old.”

If wrong about contributory negligence, Campbell J said he would hold the child 25% liable.