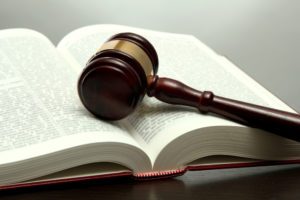 The NSW Court of Appeal upheld a previous decision that a homeowner had negligently constructed Caesar-stone steps at his residence causing a 57yo woman to slip, however the compensation payout was reduced for future paid assistance and 15% contributory negligence.

The woman Sue-Anne Sanig was a neighbour of Mr Stenning. She slipped on the steps on a rainy day suffering a broken wrist and significantly damaging a previous total left knee reconstruction, which required two further reconstructive surgeries.

At first instance the initial judge found that Mr Stenning was negligent and damages were set at $736,435.

On appeal, the Court upheld the finding of negligence, but found that Ms Sanig had failed to take reasonable care for her own safety assessing Sanig’s liability as 15% for contributory negligence.

On this issue, Hoeben JA said that “Her failure to take care consisted of being careless as to where she placed her foot in circumstances where she was aware of the danger” [47] noting Grills v Leighton Contractors Pty Ltd [2015] NSWCA 72 at [161,162].

The Court of Appeal also reduced the amount of future domestic assistance for Ms Sanig.

In [65] to house cleaning, “I am of the opinion that the prescription by Ms Flanagan of 4.23 hours per week, at a rate of $40.40 per hour is reasonable and should be allowed.”

“Ms Flanagan allowed for window cleaning four times per year, at a weekly rate of $38.36. This is clearly a task beyond the respondent and should be allowed in her favour. Ms Hammond supported that recommendation although she would allow assistance twice a year. I prefer the approach of Ms Flanagan which is in accord with the respondent’s wishes,” [67].

Then [69], “His Honour deducted 10% from the total figure put forward by Ms Flanagan on the basis that the respondent and her husband might, as they get older, move to a smaller house and property which required less maintenance. While there was no evidence to that effect, that is a reasonable matter to take into account. Even if it were not, there would need to be some adjustment to allow for vicissitudes. With a life expectancy of 29 years, the ability of the respondent to engage in her pre-accident activities to the same level would inevitably be reduced as she became older. Accordingly, I agree with his Honour that a 10% deduction for vicissitudes is reasonable.”

Reducing the total by 15% for contributory negligence the total compensation amounted to $539,692.78.