Home Blog Who’s to blame for personal injury in a blameless accident?

Who’s to blame for personal injury in a blameless accident? 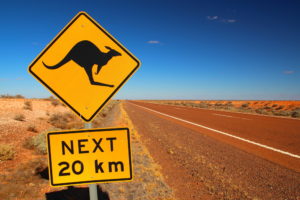 In a recent case, the Court of Appeal overturned a decision that let a motorcyclist who collided with a kangaroo sue the owner of the motorcycle for personal injury compensation. In doing so, the Court of Appeal has clarified the operation of so-called ‘blameless accident’ laws for motor accidents in NSW. It’s now clear that in single vehicle accidents, the owner of the vehicle cannot be deemed to be at fault if they can’t be causally linked to the use or operation of the vehicle at the time of the accident.

What is a blameless accident?

Under NSW motor accident laws, there are provisions that allow people who are injured to claim compensation even if no one is really to blame for the accident. The laws allow injured people to sue the owner or driver of a vehicle involved in the accident, even if they were not at fault. However, these laws have their limits, as the Court of Appeal set out in its judgment.

Motorcyclist collided with a kangaroo

The accident in question occurred in August 2011 when a motorcyclist was riding a friend’s bike on a mostly unsealed road between Hungerford in Queensland and Bourke in New South Wales. He was travelling at about 90km/h and concentrating on the road ahead, when he hit a large kangaroo and fell from the motorcycle, landing heavily on his shoulder and sustaining injuries.

The motorcyclist brought a personal injury compensation claim against the owner and insurer of the motorbike, arguing that the blameless accident provisions of the Motor Accidents Compensation Act 1999 applied in this instance.

The Court agreed, finding that the kangaroo’s actions were the primary cause of the accident and the motorcyclist was not at fault. Applying the blameless accident provisions to the case, the Court allowed the motorcyclist to claim compensation for injuries against the bike owner’s insurer.

On appeal, the question was whether the blameless accident laws applied in a situation where the motor accident that caused the injuries did not involve any ‘use or operation’ by the owner. Meagher JA wrote the main judgment, with Simpson JA and Sackville AJA agreeing. His Honour reviewed the relevant law applicable to the case and looked at the intention of parliament in the second reading speech of the Amending Act 2006.

Meagher JA found that for the blameless accident laws to apply in this sort of a situation, mere ownership of the motor vehicle is not enough. It needs to be shown that the owner was causally linked to the accident in a meaningful way – in the use or operation of the vehicle at the time of the accident.