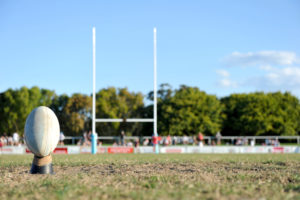 The concept is nothing new, emotions boiling over into physical violence on and off the field is as old as sport itself. Rioting fans, pitch invasions and spectators attacking players, coaches or referees make for common news items. When a high-profile player deliberately attacks an opponent during a match, everyone watches the court cases and inquiries with a sharp eye, knowing that in such cases the player can be subject to suspension or other penalties. But what happens when the assault occurs in a friendly game or amateur match?

If you’ve been assaulted on the sports field – or it’s happened to a friend or a family member – you’ll want to know where you stand, and if you’re entitled to compensation.

Gruesome fights to the death in the sporting arena may have been acceptable in ancient times, but not anymore.

Though rough and tumble in contact sports is generally tolerated to a greater extent than in everyday life, any damaging aspects of most sports are limited by the rules of the code. For example, dangerous interactions such as hitting an opponent on the back of the head are outlawed in sports like boxing, and illegal tackles in football are considered foul play.

Under the common law, playing sport does not give a participant the right to deliberately harm someone. In fact, in some cases causing injury, if deemed intentional, may even be a criminal offence.

Along with a higher level of regulation to protect the safety of athletes, victims of violence on the sports field are recognised as entitled to consideration. This consideration may involve financial compensation, in the form of damages.

‘Damages’ here means a sum of money intended to compensate the victim of the assault for medical expenses, loss of income and other consequences of the injury, such as pain and suffering.

However, obtaining an award of damages for an assault on the sporting field is by no means straightforward, and anyone considering going down this path should consult an experienced lawyer from the outset.

For a charge of assault to succeed, it would need to be clear that the causing of physical harm was intentional, and outside the rules of the game. This is not always easy, because actions that may appear violent are an inherent part of some sports, and it can be hard to prove that an injury was not inadvertent – an accidental result of the game’s expected contact with other players.

Moreover, it’s sometimes argued that by taking part in a game known to involve numerous physical impacts and collisions, a player ‘consents’ to the risk of injury inherent in the game. Expert legal advice is vital in any attempt to establish eligibility for damages under the common law.

However, there have been some reported cases in which injured parties have received substantial payouts.

One New South Wales case, for example, concerned a footballer was punched in the face while not close to the play of the ball. The victim in this case sustained serious facial injuries. As a result, the player who had punched him was convicted of causing grievous bodily harm. The injured man later sued for damages arising from the assault, and his assailant was ordered to pay $168,000 in damages.

The sum awarded in damages depends on the nature and circumstances of the assault and the seriousness of the injury. In some cases, the injured party can make a claim for ‘exemplary damages’, which refers to an additional sum of money to be paid by the person who committed the offence. This is intended to ‘make an example’ of the person at fault and act as a deterrent to others.

If you’ve been assaulted while engaged in sport, talk to an experienced personal injury lawyer who can consider the details of your situation from a legal point of view. They can advise you on whether you have a case for claiming damages, and guide you towards the best outcome.