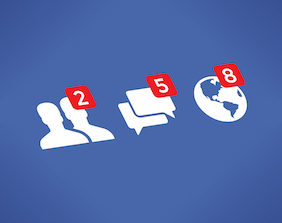 A recent UK case shows how courts dealing with accident injury claims could take into consideration a claimant’s social media use. A UK woman lost her accident injury compensation claim for future losses due to medical negligence when her Facebook posts portrayed a lifestyle at odds with the injuries she claimed in the evidence presented to the court.

While the case was heard in the UK relating to a medical negligence claim, the decision has implications for the way NSW courts may treat evidence of social media use in accident injury claims, including motor vehicle claims.

A 37 year old UK woman, Ms Rathore, sued a hospital for injuries that resulted from their failure to provide her proper treatment. The hospital failed to notify her that she had tested positive to chlamydia, a sexually transmitted disease.

As a result the infection was left untreated for a year. She sued the hospital claiming that the hospital’s inaction caused her to suffer from the pain of a pelvic inflammatory disease, and that she endured an ectopic pregnancy resulting in the removal of a fallopian tube. The stress of her experiences then led to the development of a facial rash/excoriation.

Although she suffered from a pre-existing somatoform pain disorder (PSPD) – a form of mental illness that leads to physical pain – she claimed that as a result of the hospital’s negligence this developed into a persistent pain disorder that led to chronic widespread pain (CWP).

Ms Rathore claimed substantial accident injury compensation for her future care as well as the past care provided by her family.

While the hospital admitted that it failed to inform Ms Rathore of her positive test for chlamydia, it disputed the consequences she claimed.

In its defence, the hospital provided evidence including Facebook posts which portrayed a lifestyle at odds with Ms Rathore’s claims. The posts included times when Ms Rathore played badminton at the gym and attended a zumba dance class.

The court found in favour of Ms Rathore’s claims that her pelvic pain was caused by her untreated infection as a result of the hospital’s negligence. The judge found that she was entitled to claim damages for physical injury caused by the hospital’s inaction.

However, with regard to future loss and damages, the court found that the Ms Rathore’s pre-existing condition and other issues in her life would have triggered her somatic symptom disorder whether or not treatment of her infection was delayed. Accordingly, the court found that the hospital was not liable for Ms Rathore’s future pain and suffering, care, loss of earnings and other future loss.

According to the judge, Blake J, “her unreliability on these issues is not a problem of recollection of the trajectory of her illness as seen through the spectrum of someone with a psychiatric condition, rather she has given exaggerated or untruthful accounts of her social life at a time when she claims to have undergone a significant deterioration in her condition and was making a number of different claims for compensation”.

Talk to a medical negligence lawyer

If you or your family have suffered injuries from medical negligence, then talk to our friendly team of lawyers who are experts in accident injury claims and can help you get the compensation you need to rebuild your life. You can contact us here.