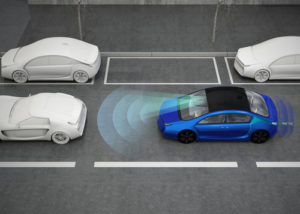 In a bid to reduce traffic incidents in NSW, and around the nation, autonomous braking systems are being introduced to new model cars and other motor vehicles. While the move is designed to reduce the amount of fatalities and serious injuries on our roads, autonomous braking systems will not be a mandatory inclusion for all new model vehicles in Australia.

How does it work?

Autonomous braking systems use onboard sensors, including lasers and cameras, to detect obstacles on the road and brake the vehicle to prevent a crash. Once the system identifies a risk of crashing, it applies the brakes slowing the vehicle to prevent or minimise the damage caused by a collision. According to recent research, autonomous emergency braking has the potential to reduce traffic incidents in NSW significantly.

The research shows that cars fitted with the technology can avoid colliding with vehicles in front of them by up to 38 per cent. Rear end crashes can be reduced by 35 per cent and their severity by 53 per cent.

Autonomous braking comes into its own when drivers brake too late or with insufficient force. Examples of these situations are when drivers are tired and fatigued, under the influence of alcohol or drugs, distracted by their mobile phones, or in emergency situations when there is very little time to react.

In particular, autonomous braking systems fitted in heavy vehicles could also have a significant role in reducing truck accidents in NSW. Accounting for 16 per cent of all fatalities, truck accidents can result in severe injuries for those involved. Advocates of autonomous braking systems have also pointed to terror attacks in Europe where vehicles have been used as weapons. They argue that these systems offer the chance to eliminate or reduce the risk of vehicles being used in this manner in the future.

Are our laws keeping up?

While the US and Europe are making autonomous braking systems mandatory for all new model vehicles, in Australia the federal government has taken a more hands-off approach. Instead, from 1 January 2018, new vehicles will only be able to get a 5-star ANCAP safety rating unless they are fitted with autonomous braking.

However, leading driving bodies like the RACV and the Australasian College of Road Safety are calling on the government to introduce laws requiring all new model motor vehicles to include autonomous braking systems as a standard inclusion.

Is it time for autonomous braking systems to be mandatory for all vehicles in Australia?

Had a traffic incident in NSW? Speak to a lawyer you can trust

If you or a loved one has been involved in traffic incident in NSW, call a lawyer you can trust. Our friendly team at NSW Compensation Lawyers can help you get the maximum compensation you need to rebuild your life.