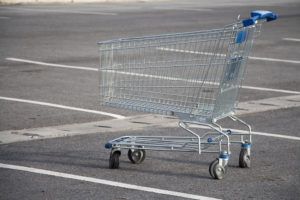 Public liability cases against local councils are difficult to win given the raft of legislative protection they are afforded.

In particular local councils are protected from compensation claims for failing to carry out repair work on public roads.

But when is a public road created?

This became an issue in a recent case Cavric v Willoughby City Council [2015] NSWCA 182 when a woman’s trolley hit a pothole in a shopping mall car park causing her to fall and hurt herself.

The accident occurred in the car park of Northbridge Plaza when a woman was wheeling a trolley with her young child. The front wheel of the trolley hit a pothole causing it to tilt. The woman fell heavily, injuring herself as she tried to protect her child.

The Local Council argued that it was not liable to compensate the woman for her injuries because the car park was a public road (and therefore it was protected by s 45 of the Civil Liability Act that provides that road authorities are not liable for a failure to carry out road work).

The trial judge agreed with the Local Council finding that the use of the car park as a thoroughfare by members of the public made it a public road.

The compensation claim was dismissed, with the injured women subsequently appealing the case to the Court of Appeal.

Court of Appeal finds car park not a public road

The Court of Appeal examined the law on how public roads are created and found that in this case, the shopping mall’s car park was not a public road and therefore the Local Council was liable to pay compensation.

When is a public road created?

The Court found that the car park was not a public road under the common law because there was no evidence that it was one before the Council acquired the land in 1962.

After that time, the car park could only become a public road under statute.

The Court of Appeal found that the trial judged erred in relying on section 249 of the Roads Act 1993 to assert the existence of a public road because the section was merely an evidentiary provision.

And the council couldn’t mount the argument that public usage of the car park made it a public road because another law prevents this to be used as evidence (s 178 of the Conveyancing Act 1919 (NSW)).

Since the car park could not be called a “public road” the Local Council was found liable to pay compensation for the injuries suffered.

Our lawyers have the knowledge and expertise to help our clients rebuild their lives when unfortunate accidents happen wherever they may occur.

So if you’re ever hurt in a car accident, at work, or from a fall in a public place you can be assured that we will be here to help you get the compensation you deserve.