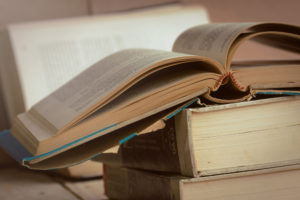 Concrete pumpers were found to be negligent in a case where a worker suffered brain injury at a construction site, while the worker’s employer was not at fault.

The worker, who was both an employee and director of Reliance Pools, suffered brain injury when he was struck by concrete shards bursting from a pumping hose operated by AF Concrete Pumping.

The judge at first instance awarded the injured worker $2.4 million finding that the concrete pumper was negligent, but that the other parties were not at fault.

The judge found that although the worker was a director and employee of his employer, he was not thereby barred from recovering damages: Andar Transport PL v Brambles Ltd (2004) 217 CLR 424 at [49-50]

Reliance Pools had properly monitored its employees’ safety, and it was not required to devise or control the system of work adopted by AF Concrete Pumping.

On appeal, the Court agreed with the trial judge that Reliance Pools was not at fault and could not be held responsible for AF Concrete’s failure to adopt a safe system of work.

“For that reason, any failure on the part of AF Concrete to adopt a safe system of work was not a breach of [the employer] Reliance Pools’ duty of care for the safety of its own employees,” Meagher JA said [in 40].

Furthermore, there was no error in the assessment of the degree of permanent injury suffered by the plaintiff.

Meagher JA noted Izzard v Dunbier Marine Products (NSW) Pty Ltd [2012] NSWCA 132 at [34, 41] and elsewhere: Court empowered to determine WPI must assess in accordance with the Workcover Guidelines and determine on the balance of probabilities.