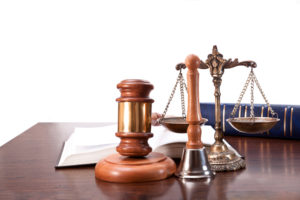 A police officer was granted leave to commence proceedings for modified common law damages for a work-related injury despite the expiry of the three-year limitation period.

The police officer’s statement of claim alleges that her duties saw her exposed to a number of traumatic incidents between 1996 and 2002, causing her to suffer a variety of enduring psychological conditions.

Leave to commence proceedings was required because of the expiration of the 3-year limitation period set by s151D(2).

Hidden J said, “I must determine whether in the light of Ms Latter’s explanation for the delay in commencing the proceedings and an assessment of the prejudice to the State, it would be fair and just to grant her application,” noting the leading authority Itek Graphix PL v Elliot [2002] NSWCA 104, 54 NSWLR 207 at [44-98].

The State contended actual prejudice with difficulties to witnesses.

However, Hidden J was satisfied that there was reasonable explanation for the delay and that a fair trial could be had – the plaintiff was entitled to the exercise of discretion in her favour.

Hidden J said, “I am satisfied that the decision to await medical discharge before embarking on common law proceedings was made on the basis explained by Ms Smith [the plaintiff’s solicitor]. Whether that was the best approach to the matter is not to the point. In the circumstances of the case, it was not irresponsible: cf Ditchburn v Seltsam Ltd (1989) 17 NSWLR 697 per Kirby P at 704.”

“Most importantly, it was an approach Ms Latta adopted on the advice of her solicitor (whom I also found to be a frank and responsible witness),” Hidden J said [57].

“This is a troubling matter which I have not found easy to resolve. I am mindful of the importance of limitation periods and the fact that normally a putative defendant should be able to expect that a possible claim against it could not be pursued after the relevant period has expired. Nevertheless the discretion conferred by s 151D(2) is to be exercised in an appropriate case.”

Leave to commence proceedings out of time granted.