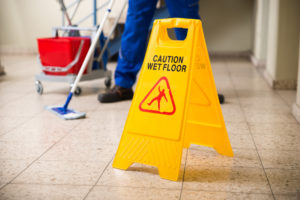 A cleaner who fell and injured herself at home was entitled to claim workers compensation because the new injury was causally related to a back injury she had suffered at work seven years earlier.

The NSW Court of Appeal unanimously upheld the decision finding that the issue of causation was simply a matter of fact.

The cleaner had injured her back at work in 2004. Seven years later, she injured her left leg at home. She claimed she was entitled to workers compensation because the new injury was attributable to her 2004 back injury suffered in the workplace.

Initially, the insurer denied liability for the new injury, a decision which was upheld by the arbitrator at the Workers Compensation Commission.

On appeal, a Presidential Member of the Commission found in favour of the cleaner, a decision that was subsequently upheld by the Court of Appeal.

The Court found that the question of causation was simply a question of fact, but that the arbitrator did not adequately deal with the considerable amount of evidence in support of the cleaner’s claim, which resulted in an error of law.

The appeal was dismissed with costs.