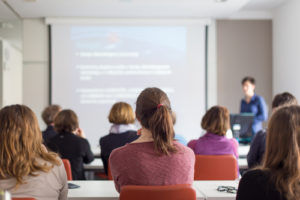 In a recent decision of the NSW Court of Appeal, Optus was found not liable for the mental injuries suffered by a worker who was assaulted on its premises during a training session for call-centre operators.

The decision shows that occupiers are not liable for personal injury claims for mental disorders resulting from criminal acts occurring on their premises if the acts are unexpected and not foreseeable.

Attacked at a training course

In 2001, both Mr Wright and Mr George attended a training course for call-centre operators on the premises of Optus in Gordon. They were employed by labour hire companies that provided services to Optus.

The two co-workers didn’t know each other prior to the commencement of the course on 12 March 2001. During the next few days Mr George inexplicably decided to kill someone and randomly selected Mr Wright as his victim.

The course was held on the ground floor, but at around 9.30am on 15 March 2001, Mr George left the training room and was found on the roof balcony of the building, which was off limits.

Optus staff members approached Mr George who seemed incoherent and quite distraught. He indicated that he wanted to speak to Mr Wright who reluctantly agreed to see Mr George on the roof balcony.

Mr George then invited Mr Wright to look at a car parked below the building. When Mr Wright peered over the balcony rail, Mr George attacked Mr Wright and tried to throw him off the balcony, while also punching and hitting him.

Mr Wright brought a personal injury claim for his PTSD against Optus as the occupier of the premises where the attack happened.

At first instance, the primary judge found that in these circumstances the relationship between Optus and the two workers was similar to an employment relationship, despite the fact that both men worked for labour hire companies.

The judge also found that Mr Wright was owed a duty of care by Optus to take reasonable steps to shield him from criminal acts in the workplace. The judge found that Optus was in breach of its duty to Mr Wright and awarded him more than $3.9m in personal injury compensation.

However, on appeal, the judgment was overturned with the Court of Appeal finding that it was not probable that any Optus staff knew or should have known that Mr George would try to kill Mr Wright.

Given that the attack was not foreseeable, Optus did not owe Mr Wright a duty of care to prevent his injuries under s 32 of the Civil Liability Act. As a result, Optus could not be held liable for Mr Wright’s psychological injuries and it was not vicariously liable for the personal injury claim.

In the lead judgment, Basten JA said that there was no express finding that risk posed by Mr George might lead a person to suffer a psychiatric condition.

‘Arguably, it was only an assault of that severity, intended to put his life in peril, which Optus ought to have foreseen might cause a person of normal fortitude to suffer a psychiatric illness. Absent a finding as to the foreseeability of such conduct, Optus was under no relevant duty to take reasonable care.’

The case highlights the limits placed on an occupier’s liability in cases of mental injury as a result of the criminal actions of others. In this situation, where the criminal act was not reasonably foreseeable, no duty of care for the personal injury arose.