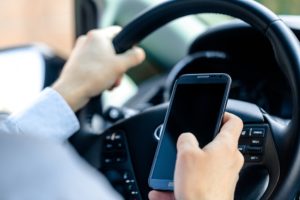 Driving while holding a mobile phone will lose you four demerit points from early next year as the NSW gets tougher on distracted drivers.

The current penalty for driving while using a mobile phone when not permitted is the loss of 3 demerit points and a fine.

And during the double demerit holiday season drivers will be penalised 6 demerit points for illegally using their mobile phones from December 24 to January 3.

“I’ve been looking at what more I can do to deter people using their mobile phones while driving – particularly after seeing recent figures,” Mr Gay said.

“Last year there were about 35,000 fines handed out for the illegal use of a mobile phone – that is just too many.

“I am not a fan of draconian fines but we need to see these stats go down – and if this doesn’t deter motorists, then I’ll hit them in the hip pocket.

“I’ll do whatever it takes to get the message out – using your mobile phone while driving can kill.”