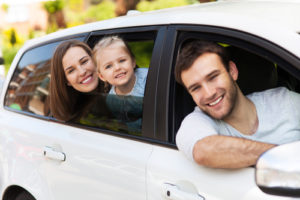 In this article we look at some of the main changes to the law and how they will affect car accident claims in the future.

No fault statutory benefits for people injured in motor accidents

Under the changes to compulsory third party insurance claims, compensation will be payable by insurers to those injured in car accidents regardless of who was at fault.

The compensation will include weekly payments for loss of earnings, payment for medical treatment and care as well as for funeral expenses.

The maximum amount for the weekly payments are set at 2.5 times the average weekly wage – currently amounting to $3,853.

A claim for these statutory payments must be made within three months after the motor accident.

No statutory benefits will be available if an injured person has made a successful claim for workers compensation under the Workers Compensation Act 1987.

However, under the compulsory third party insurance changes, after six months has passed, statutory payments will not be paid to people who only suffered ‘minor injuries’ in the motor accident.

Statutory payments after six months for some

While the new compulsory third party insurance regime will stop payments for minor injuries after six months, some will still receive compensation. These include payments for the treatment and care of injuries to the following:

The statutory payments will continue to be paid for up to two years and possibly up to five years in some circumstances.

However, common law damages will not be available for people suffering from ‘minor injuries’. And non-economic loss will only be available if permanent impairment is more than ten per cent.

Claims for common law damages claims must be made within three years of the accident.

And a claim may not be made before 20 months after the motor accident unless it is:

When will the new laws start?

The changes to the CTP scheme are introduced in the Motor Accident Injuries Act 2017. The NSW Parliament passed the new laws on 30 March 2017, received assent on 4 April 2017, and is likely to come into operation in the latter part of 2017 on a date to be proclaimed.

Unsure what the CTP claims changes mean for you? Speak to our lawyers

If you’re unsure about your rights to claim compensation for injuries suffered from a car accident, be sure to contact our friendly lawyers. Our senior CTP claims experts will be able to help you get the result you need.