How to Stay Safe Lane Filtering on a Motorcycle in NSW 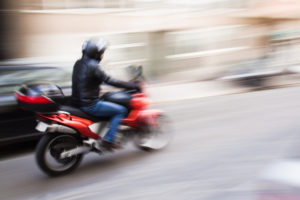 Motorcycle lane filtering is now legal in NSW allowing fully-licensed motorcycle riders to travel past stopped or slow-moving vehicles at a speed of 30 kilometre per hour or less when it is safe to do so.

A new offence has been created called lane splitting for when motorcycle riders don’t follow the lane filtering laws leading to heavy fines and loss of demerit points.

The laws changed on 1 July 2014 with the commencement of the Road Transport Legislation Amendment (Lane Use by Motor Bikes) Regulation 2014 which amended the Road Rules 2008.

Here are some tips to stay safe and follow the road rules when you’re lane filtering on a motorbike in NSW:

Safety first: Only lane filter when it is safe to do so for yourself and other road users.

Keep your speed under 30KM/H: It’s dangerous to lane filter at high speed. NSW laws make it illegal to lane split at speeds above 30KM/H.

Avoid banned places for lane filtering: It’s illegal for motorcyclists to lane filter in the these places:

If something unfortunate happens, you may be entitled to motorcycle accident compensation.