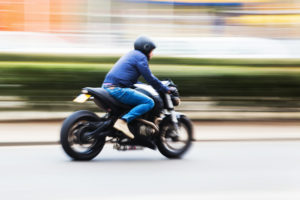 In Australia, motorbike riders and their passengers are about 30 times more likely than people in cars to be killed in a road accident. And they are over 40 times more likely to be seriously injured. With alarming statistics like these, what are the trends, how are people being injured, and how common is it to seek compensation and speak to a lawyer after the accident?

Who is most at risk?

Men are far more likely to be killed on a motorbike than women, accounting for around 95% of the deaths. Younger riders have more crashes per kilometre travelled than older riders, and inexperienced motorcyclists are at higher risk regardless of age.

What is causing the accidents?

Around six out of ten fatal crashes involve colliding with a car or other vehicle. These accidents are mostly not the motorcyclist’s fault. In many cases, the motorbike had right of way, but the driver of the car or other vehicle didn’t see them, misjudged their speed or ignored them.

Heavy traffic is often a factor in multi-vehicle crashes, many of which occur in built-up areas with speed zones of 70 km/h or less.

Of the accidents that don’t involve another vehicle, more than half result from running off the road on a corner. Alcohol and speeding are more often factors in accidents of this sort, but it’s also true that issues with the road surface can play a role, with spills, loose material and poor road conditions in general combining with poor visibility, obstructions, mechanical faults and braking difficulties.

Almost half the fatal motorbike accidents occur on the weekend, often in the afternoons, which tends to suggest that recreational riders are more likely to crash than people who routinely ride a motorbike for transport. Around one in five fatalities involves a rider who doesn’t have a valid licence.

The finger has also been pointed at risk-taking tendencies, with some commentators noting that people attracted to the pleasures of riding a motorbike – despite the vulnerability – are more likely to be risk-takers than the rest of the population.

What kinds of injuries occur?

As a motorcyclist, you have only your helmet and protective clothing to shield you from the impact of a collision. Not surprisingly, accident researchers have found that around 80% of reported motorbike crashes result in an injury, compared with only 20% of car accidents.

Whether the crash occurs on-road or off-road, head and spinal injuries are the most serious risk, followed by injuries to the upper body. Overall, about half of the injured riders have leg injuries.

Increasingly congested traffic, together with the cost of petrol and the limited availability of parking, appear to be prompting more and more people to opt for a motorbike rather than a car. In some areas, there’s been a growth in the popularity of mopeds and scooters, and also an increase in the numbers of older motorcyclists.

Unlike the statistics for regular motorcycles, around one third of moped riders involved in crashes are women, and riders with an interstate or overseas licence are also over-represented in accidents with mopeds.

The number of fatal accidents involving motorbikes varies from year to year, but usually accounts for between one fifth and one quarter of the overall road toll. Motorbike fatalities dropped to less than 200 Australia-wide in 2014, but in 2015 the national figures rose again slightly, due mainly to in spike in fatalities in Queensland.

Serious injuries from motorbike accidents tend to outnumber fatalities by about 20 to 1, and many of those injuries are serious and disabling.

How common is it to seek compensation and speak to a lawyer after your accident?

All too often, people neglect to find out about their entitlements, and as a result, miss out on the financial compensation that would have made it easier to deal with the costs of treatment and disruption to income that resulted from their injuries.