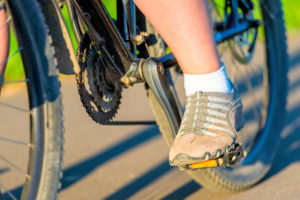 South Australia, Queensland and the ACT have all introduced the mandatory overtaking distance as part of their road rules.

All the other states recommend that motorists give bike riders a safe amount of space when overtaking them.

For example in NSW, the RMS website recommends giving cyclists at least one metre when overtaking them in a 50 km/h zone, and more space if the speed limit is higher.

In Victoria, the Greens have flagged the reintroduction of a Bill to provide a minimum one-metre passing distance in the State.