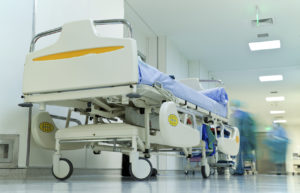 Medical mistakes, mismanagement or lack of reasonable care can have life-changing consequences. If you’ve been injured or harmed due to the negligence of a health care provider, you may be able to make a medical negligence claim.

An experienced legal professional can help you to hold your treatment provider accountable and receive the financial compensation required to cover the consequences of the negligence.

Do you have a case?

Serious medical errors in childbirth, gynaecology and anaesthetics have resulted in the largest compensation payments in recent years. Such cases often include the death of a child, or serious brain or nerve damage believed to be a result of mismanagement during pregnancy or childbirth. One mother received $360,000 in compensation for medical negligence that led to the death of her newborn baby.

This is by no means the only type of situation that could result in a successful claim. Other circumstances that could possibly give rise to a medical malpractice claim include:
• bad reactions to a prescribed drug
• not being informed of the risks of a particular procedure
• misdiagnosis – or delayed diagnosis – of a condition such as cancer, and
• surgery that was carried out on the wrong site, such as the wrong eye or the wrong hip.

A medical negligence claim may also be considered when a patient receives a defective product such as a hip replacement or breast implant, or when mistakes are made with medication. If hospital staff fail to recognise the critical condition of someone who attended the hospital’s emergency department, this could also be grounds for a medical negligence claim.

In any such situation, expert legal advice is essential.

The case of Ms G.

A recent case shows why the best legal guidance in the first instance is a must. The surgery in question was the removal of a tumour on the sheath of an acoustic nerve, but resulted in facial palsy for the patient. This occurred because a facial nerve was severed during the surgery.

Three years later, after further unsuccessful treatment to rectify the severing of the facial nerve, the patient commenced proceedings in the District Court against the surgeon and the hospital. She claimed that the operation had been carried out negligently and that she had not been warned of the risk.

Payout for failure to warn of the risks

English was not the patient’s first language, and her grasp of English was described as ‘poor’. In her initial two consultations in relation to her tumour, a friend had interpreted for her. During two subsequent consultations at the hospital, an accredited interpreter was used.

For a patient with a language barrier, a medical practitioner has a duty to take steps to ensure that certain associated risks that accompany the surgical procedure are understood, and the practitioner must be satisfied that the core information has not only been conveyed, but also understood.

The District Court dismissed the complaint that the operation had been carried out negligently, but upheld the allegation of failure to warn, awarding the patient $331,000 in damages.

The surgeon and the hospital appealed, however, challenging the finding that an adequate warning had not been given. It was claimed that the judge had overstated the obligations imposed on medical practitioners in circumstances where effective communication depended on translation from English into another language.

They also challenged the finding that any failure in communication materially affected the woman’s decision to have the operation.

The court heard that the surgeon hadn’t been given a chance to counter a serious claim, the original case stated that he had falsely declared that steps had been taken to obtain consent to undergo surgery including the warning of risk.

Evidence was presented that may have explained the patient’s misunderstanding of what she had been told, but it was not demonstrated that there had been a breach of the duty of care. The court also found that the miscommunication had not materially affected the woman’s decision to have the operation.

The appeal was upheld, and the earlier judgment in favour of the patient was set aside. The patient lost her entitlement to compensation and was ordered to pay the costs incurred by the surgeon and the hospital.

The case demonstrates the vital importance of advice from experienced legal professionals from the beginning, if you’re considering claiming medical negligence.

Without good advice as to whether you’ll be able to prove that the healthcare professional was negligent and that the negligence caused your injury, you run the risk of wasting your time, energy and money, which is the last thing you need when you want to focus on recovering from your injury.