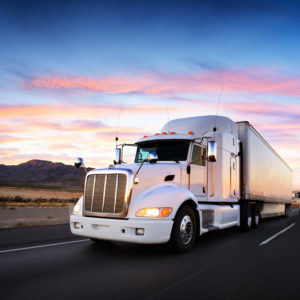 In an arbitrator’s decision of the Workers Compensation Commission, it was found that drugs were not a factor in a fatal truck crash. While the driver had taken illegal drugs outside the course of his work, the drugs were at such low levels in his system that it did not affect his ability to drive.

The truck driver was killed in April 2012 when his prime mover and cattle-laden trailers went off the Oxley Highway about 10 kilometres from Tamworth.

A pathologist, Dr Beresford, reported amphetamine at 0.04mg/L and methylamphetamine 0.03mg/L were found in the driver’s system, but said that because the drug levels were so low it could not be assumed that these drugs were the cause of the accident or contributed significantly to the cause of the crash, as there were many possible causes.

However, the respondent’s Dr Flecknoe-Brown said that drug use was a material cause.

Pharmacologist Associate Professor Arnold reported that amphetamines and methylamphetamines are commonly used by truck drivers. While Pharmacologist Dr Perl noted that lay witnesses of the accident had not proved erratic behaviour before the rollover.

Biomedical and mechanical engineer Michael Griffiths said the brakes were deficient which should have been detected by the driver.

“In general terms, low level concentrations of drugs in the bloodstream do not affect a person’s fitness to drive a vehicle safely, whereas higher median drug levels have a detrimental effect,” Mr Capel noted [in 144].

“Obviously the use of amphetamines is illegal and the use of these drugs might well amount to a form of misconduct. The authorities indicate that a worker may be taken outside the course of his employment in the absence of gross misconduct,” [in 163] then quoting Geraghty CCJ in Schinnerl v Commissioner of Police [1995] 11 NSWCCR 278 at 285.

There was no evidence the respondent had forbidden the drug use. Mr Capel was not comfortably satisfied that the drugs contributed to the accident or that such was gross misconduct.

The estate of the deceased driver was paid a lump sum amount of workers compensation of $481,950, funeral expenses and interest.