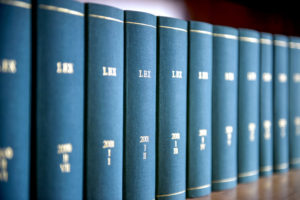 A judicial review overturned a decision of the Medical Appeal Panel for providing inadequate reasons when it applied a deduction to the compensation for an injured worker.

Damage to knee and back after a fall

The plaintiff, a traffic control foreman, injured his right knee and back in mid 2008 when he tripped and fell into a drainage hole and rolled down an embankment.

An MRI showed a chronic tear within the anterior cruciate ligament, and a sequestrated tear of the posterior horn of the medial meniscus, which resulted in surgery in 2009, and then a total right knee replacement in late 2011.

The worker commenced in the Workers Compensation Commission early 2013 and the Approved Medical Specialist determined 15% whole person impairment (“WPI”) for the right leg and 7% WPI for the lumbar spine, but deducted 80% from the leg, leaving 3% WPI, and deducted 3/7ths from the back, leaving 4% WPI, for a total of 7% WPI.

The assessment was referred to the Medical Appeal Panel (Arbitrator Douglas, Drs Crane and Scougall). The panel found the Approved Medical Specialist had overlooked materials, had been wrong to state the worker had complained of right knee problems before the fall, but held 80% deduction from the right knee because of the extensive osteoarthritis.

For a s 323 deduction, an Approved Medical Specialist must do the following:

Davies J found that the Panel fell into error at the time it performed the third step of assessing what proportion of impairment was due to the pre-existing condition.

His Honour said that three errors were established:

“First, the reasons given by the Panel are entirely inadequate.
“Secondly, to the extent that any reasons are given, the deduction was based on assumption or hypothesis.
“Thirdly, the conclusion is not supported by probative or logical grounds.”

The judge quashed the Medical Assessment Certificate, and remitted the matter to a different Medical Appeal Panel.