How to safely overtake cyclists 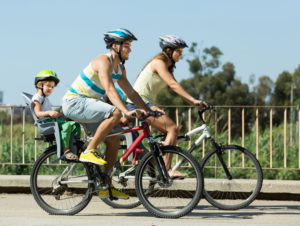 Cyclists aren’t just another obstacle on the road to get around – they are our brothers and sisters, children and friends, work colleagues and neighbours.

And riding a bike on our roads leaves them very vulnerable if they are hit or sideswiped by an overtaking car.

It’s with this in mind that governments around Australia have introduced a mandatory one metre distance for motorists overtaking bicycles.

South Australia, Queensland and the ACT have all introduced the mandatory overtaking distance as part of their road rules.

And in NSW, the RTA website recommends giving cyclists at least one metre when overtaking them in a 50 km/h zone, and more space if the speed limit is higher.

In Victoria, the Greens have flagged the reintroduction of a Bill to provide a minimum one-metre passing distance in the State.

All the other states recommend that motorists give bike riders a safe amount of space when overtaking them.

How to safely overtake cyclists

A recent UK video posted on YouTube explains how to safely overtake cyclists. While the UK’s Highway Code is a little different to ours, the lesson in safe driving is recommended viewing for all motorists and cyclists alike.