Hit and run accidents – when the driver cannot be located 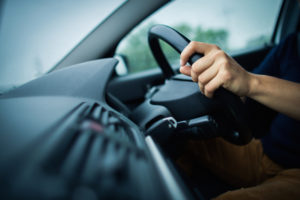 To be hit by a passing car when you were just walking or riding along is bad enough – the shock of it, the pain, the disruption to your life. But if the driver just speeds off and leaves you lying injured by the side of the road, it can only compound your sense of injustice.

This is illegal as well as wrong. The police can charge a hit-and-run driver with the offenses of failing to stop, failing to render assistance, failing to exchange names and addresses and failing to report the accident to the police.

Compensation can help to remedy at least some of your worries, but if you were too stunned or otherwise unable to note the number plate of the vehicle, you may be concerned about how you can claim compensation.

Compensation when the driver’s unknown

Under the motor accidents scheme, you can still claim compensation, even if you can’t identify the driver or vehicle that hit you. In this case, the claim is made against the ‘Nominal Defendant’, that is, the government body against which compensation is claimed if the vehicle that caused the accident is unidentified or uninsured.

A personal injury claim against the Nominal Defendant must be lodged within six months of the accident. If not, you’ll need a satisfactory explanation for the delay.

Compensation for your injury can cover:
• your medical treatment and rehabilitation costs,
• past and future loss of earnings, and
• pain and suffering, if your injuries are assessed at more than 10% ‘whole person impairment’.

Due search and enquiry

But before you can make a claim against the Nominal Defendant, you have to undertake ‘due search and enquiry’ to identify the driver of the vehicle that hit you. This is where a law firm experienced in such cases can be invaluable in advising and helping you through the process.

‘Due search and enquiry’ can involve advertising in local newspapers or radio, and visiting residents and businesses near the site of the accident to find out if anyone saw, heard or filmed anything that might help identify the driver. Without adequate search and enquiry your claim could be rejected, so assistance from a legal team who’ve helped with this process many times will ease the burden of undertaking it by yourself.

The insurer handling the claim is not always happy to accept liability – many cases have been reported in which the insurer denies liability and makes allegations of contributory negligence.
For example, an insurer recently denied liability after a cyclist was sent flying in a hit-and-run accident, claiming he’d been partly to blame because he was not wearing a helmet and he didn’t have reflective lights on his bike. In another case, the insurer alleged that a woman knocked over at an intersection was under the influence of alcohol at the time.

When the Nominal Defendant disputes a decision

Successful outcomes with the help of legal professionals

These potential barriers to just compensation highlight how vital it is to get the services of an experienced legal professional at the earliest opportunity. A good lawyer can counter the insurer’s delaying tactics and attempts at denial, and put together the best case for you. With suitable legal assistance and depending on your situation you may be able to avoid costly legal proceedings, and settlements of six figures are not unusual.