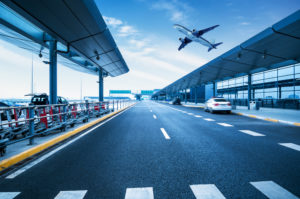 A man hit by a minibus was able to sue the Nominal Defendant, despite not recording the vehicle’s registration number or finding the identity of the driver, due to his mental state following the incident.

In Nominal Defendant v Ross, the NSW Court of Appeal found that the due inquiry and search requirements under s 34(1) of the Motor Accidents Compensation Act 1999 were satisfied by the circumstances of the case.

The man was unaware of the severity of his injuries after he was hit by the vehicle outside of Sydney Airport’s Terminal 2. The minibus stopped and the driver asked if he was okay, to which he replied that he was. The driver then drove off without him noting details of the driver’s name or the registration number of the minibus.

He did not think that he had been seriously injured and subsequently collected his visitor and drove from the airport. Sometime later he discovered that he had suffered serious injuries to his right leg, including a fracture of the right foot. Because he did not know the identity of the minibus he sued the Nominal Defendant.

Groggy and in Shock

The injured man had about a minute and a half to obtain the relevant information before the driver left the scene. Quite understandably he was “groggy” and in “shock” for much of that one and a half minutes immediately following the accident.

From where he was positioned, the man was not able to observe the number plate of the minibus. Although he was bleeding, he did not immediately realise that he had suffered anything other than a superficial cut.

This is why when asked by the driver whether he was okay, he answered in the affirmative. It is clear that the man at that time considered that any injury which he might have suffered was trivial.

Given his mental state of being groggy and in shock during the one and a half minutes available to him, the Court was satisfied that “due inquiry or search” did not require him to record the registration number of the vehicle or the identity of the driver during that time.

The actions of the driver in leaving the scene so quickly after the accident, effectively prevented any inquiry and search being carried out.

The Court was also not satisfied that due inquiry and search required the injured man to make an inquiry concerning CCTV footage at the airport within 28 days of the accident and most particularly, in the five days between the accident and when he departed for overseas.

This was particularly so when at that time he believed that he had suffered only a minor injury.