Drugs, driving and car accidents: The dangers of taking the high road 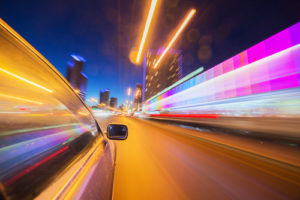 Driving under the influence of illicit drugs has become as big a safety problem on our roads as drink driving. According to the NSW government statistics, the use of illicit drugs is involved in just as many fatal car accidents as that of alcohol.

Strict time limits for claiming compensation following a motor accident are set by NSW law. If you have been involved in an auto incident, talking with a car injury lawyer as soon as possible could help you claim just compensation for any injury sustained.

How do drugs affect your driving?

Stimulants like speed, cocaine and ecstasy may cause you to drive aggressively and take more risks than normal. You’re also likely to suffer lapses of concentration and have blurry or limited vision. And when the effect of stimulants starts to wear off, you may become drowsy and have a greater risk of falling asleep at the wheel and causing a car accident.

Meanwhile, if you drive under the influence of opiate ‘downer’ drugs like heroin, codeine and methadone, you run the risk of reduced coordination, slowed reaction time and loss of concentration. Mixing alcohol with opiates can also multiply the effect of these drugs, increasing the risk of drowsiness and the chances of falling asleep while driving.

In NSW, mobile drug testing (MDT) units are in operation around the state. Drivers are tested by the police for common illegal drugs such as ecstasy, cannabis and speed.

Methamphetamine or ‘ice’ in particular has become increasingly prevalent in some communities, posing a significant danger to public safety. And the NSW police has responded by committing to an increase of the number of random roadside drug tests in 2017.

According to the NSW Bureau of Crime Statistics and Research, there was an increase of 252% in the amount of people who were prosecuted for driving under the influence of illicit drugs in a single year, from 2,347 in 2014 to 8,253 in 2015.

The bureau also publishes a map that shows the areas in NSW where ‘drug driving’ has been detected the most, including parts of Western Sydney, Newcastle, Orange, Tamworth, Wagga Wagga and Richmond-Tweed.

What happens if you’re caught?

It’s also important to note that most insurance policies will not cover you for damage or liability if you’re involved in a car accident and you were under the influence of drugs, or if you refused to take a drug test.

Contributory negligence: when you weren’t ‘at fault’ in the car accident

Furthermore, even if you were not the ‘at fault’ driver in a car accident, you could still be held to be partly responsible for the crash if you were driving under the influence of illicit drugs. This is known as ‘contributory negligence’ and can substantially reduce the amount of compensation you would have otherwise received for personal injury.

Just don’t do it

There are no good outcomes for ‘drug driving’ – taking illegal drugs before driving is a recipe for disaster, endangering your own life and the lives of others on the road.