Home Blog Driving and drugs: The ice epidemic spills onto the road

Driving and drugs: The ice epidemic spills onto the road 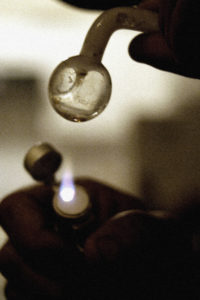 The drug “ice” or methylamphetamine has become a major problem in the Australian community in the past few years and its evident that the danger it poses extends to road safety. Drivers who are caught using drugs on the road are not only endangering their own lives, but the lives of others.

Drugs and driving – it’s an offence

It is an offence to drive under the influence of drugs or alcohol, as well as refusing to submit to a drug test. Penalties for a conviction can include fines, disqualification from driving and jail time.

The police have the power to drug test drivers at a hospital if they reasonably suspect that they are driving under the influence of drugs. Random roadside testing is also used in NSW to test for illegal drugs.

Your insurance won’t cover you for DUI

You should also be aware that most car insurance policies will not cover you for loss, damage or liability if you were under the influence of drugs, or if you refused a drug test.

If you’re seeking compensation for injuries suffered in a motor vehicle accident where the driver at fault was under the influence of drugs, you can be assured that NSW Compensation Lawyers will be here to help you win your case.