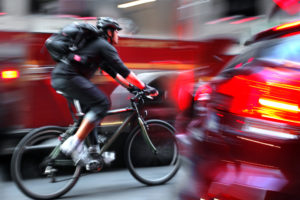 Cyclists can use their driver licence as photo ID, or alternatively a NSW Photo Card.

A five-year NSW Photo Card can be purchased for $51, and is free for eligible concession holders, NSW Seniors Card holders or Centrelink Carer Allowance recipients.

As part of the cycling law shake up, Road Minister Duncan Gay has flagged that cyclists will be faced with the following fine increases for breaching road rules:

Drivers will also be required to allow a mandatory 1m distance when overtaking cyclists at speeds under 60 km/h and 1.5m at speeds over 60 km/h.

Drivers who fail to give the required distance when overtaking cyclists may be fined $319 and lose 2 demerit points.

The introduction of a mandatory one metre distance for motorists overtaking cyclists is in line with changes in other states across Australia – South Australia, Queensland and the ACT have already introduced the mandatory overtaking distance as part of their road rules.

Cyclists riding on shared paths with pedestrians are also encouraged to give a metre of space wherever possible.