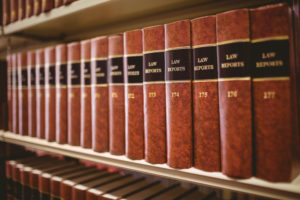 To succeed in these cases under s 43A, the injured party will likely face difficulty. Firstly, they need to prove that the relevant act or omission that caused the injury was ‘so unreasonable that no authority having the functions of the authority in question could properly consider the act or omission to be a reasonable exercise of its functions’.

And second, under s 45, the injured party needs to prove that at the time of the accident the road authority ‘had actual knowledge of the particular risk the materialisation of which resulted in the harm’.

The circumstances surrounding the accident

On 1 January 2010, Mr Mansfield was driving a tipper truck with a load of water along Green Cross Road, south of Stroud. As he travelled along the single lane road crossing a culvert, the bank on the left side of the road collapsed and his truck rolled into the water course below. Mr Mansfield suffered injuries from the accident and commenced a compensation claim against the local road authority, the Great Lakes Council.

Before the District Court, Mr Mansfield claimed that he was injured due to the Council’s negligence in failing to build a big enough culvert. He claimed this could have prevented the erosion that led to the collapse of the embankment and caused his truck to roll.

In response, the Council’s defence relied on the immunity from liability by ss 43A and 45 of the Civil Liability Act. In assessing the particulars of the case, the trial judge found that the driver had failed to establish that the Council was liable for the accident.

The issues on appeal

On appeal, there were three main issues at stake:

Court of Appeal finds the Council not liable

The Court of Appeal reviewed the case and found in favour of the Council. On the first point, the Court found that the evidence just didn’t satisfy the ‘so unreasonable’ requirement.

On the second point, there was no evidence that any of the relevant officers in the Council had actual knowledge of the risk that caused the embankment to collapse.

And on the third point, the Court of Appeal found that nothing was raised on appeal to show that a sign, warning of the narrowness of the culvert or a weight limit on the road, would have prevented the accident.