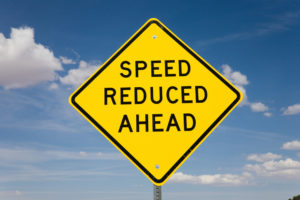 In Curtis v Harden Shire Council the NSW Court of Appeal found that the local council was negligent in failing to install a reduced speed sign specifying a speed limit of 60 km/h adjacent to a repaired section of country road which had loose gravel on a curve of the road.

The Court found that the driver of a vehicle which had entered into the curve and onto the new road work, had suffered some loss of friction at the speed she was travelling.

This was likely to have caused her to react and eventually lose control of the vehicle.

Had she been travelling at the lower speed of 60 km/h, the evidence supported the inference that she was most likely to have been able to take the curve without mishap.