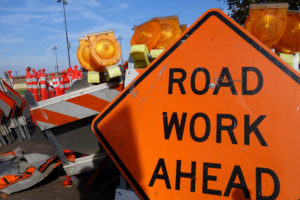 The NSW Court of Appeal found that both the Lismore City Council and its contractor were negligent after a motorcyclist was seriously injured near Nimbin in northern NSW.

The motorcyclist, Mr David Pillinger came off his motorcycle when it came into contact with material left on the road while roadwork was being undertaken to resurface the road. Bitupave Ltd trading as Boral Asphalt (‘Boral’) was the contractor carrying out the work.

At first instance, the primary judge awarded against the Council and the contractor awarding damage of $1.3 million. Liability was assessed at 40% to Lismore City Council, 60% to Boral, while reducing damages by 10% for contributory negligence.

On appeal, the NSW Court of Appeal Boral failed to upset the liability and apportionment findings and the justices set aside the finding of contributory negligence.

Ward JA noted that the primary judge had addressed issues that had been raised by the Council with reference to s 42 of the Civil Liability Act 2002 and concluded that a reasonable person in the position of the Council would have taken steps to ensure the windrow of road base was not left the high side of the road.

“His Honour noted the Council’s reliance on s 45 of the Civil Liability Act but said that leaving the material was not a case of nonfeasance but a case of misfeasance,” in [33].

“Button J had found a swathe on the road “and that it was the combined effects of the contents of the swathe that led to the loss of control by Mr Pillinger of his motorcycle. Accordingly, his Honour concluded that the Council was negligent,” Ward JA said [34].

“His Honour identified (implicitly if not explicitly) the duty of care owed by the Council in similar but not identical terms as a duty to exercise reasonable care for the safety of road users who were themselves taken care for their own safety,” [144].

“But for the Council’s failure, when it completed the road works, to remove the windrow (other than by feathering it out as it did), the accident would not have occurred. The carrying out of the road works was in a practical sense a joint enterprise.”

Both contributed to the creation of the windrow and both failed to remove it,” Ward JA said in [282].