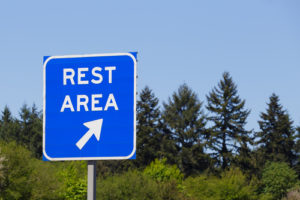 In a recent Queensland decision, a truck driver’s employers were held liable for the severe injuries he suffered from a car accident that occurred while he was driving home after work. The driver successfully argued that the accident was caused due to fatigue from working four long night shifts in a row. He was awarded more than $1.2m as compensation.

Time is of the essence in motor-vehicle injury claims, so anyone involved in a truck accident should seek out a motor vehicle lawyer for advice as soon as possible.

Mr Harold Kerle was employed by a labour hire company, Axial HR Pty Ltd (Axial). At the time of the accident, he worked as a dump truck operator for his host employer, HMP Constructions Pty Ltd, at a mine in Central Queensland run by BM Alliance Coal Operations Pty Ltd.

After working a 12-hour night shift at the mine, he started the long drive home at 6.30am to his house which was 430 km away – a five-hour journey. At about 10am, he collided with a rail on a bridge crossing and then hit a concrete wall at the far end of the bridge. Mr Kerle suffered severe injuries from the car accident including a significant brain injury.

Did fatigue cause the car accident?

Prior to the accident, Mr Kerle had been working long night shifts at the mine. He commenced proceedings in the Supreme Court of Queensland, claiming that his car accident was caused by fatigue from working long hours and that his employer, his host employer and the operator of the mine had all breached their duties to him.

Mr Kerle claimed that the risk of injury could have been minimised by his employers had they taken certain steps including:

The employers all denied liability for the car accident, claiming that their duty of care did not extend to taking reasonable steps to protect Mr Kerle after his employment at the mine had ended and when he was hundreds of kilometres from the mine.

They argued that Mr Kerle continued to drive after a rest stop on his journey, which amounted to a break in the chain of causation. In addition, the employers claimed that Mr Kerle was contributorily negligent for the car accident after taking on the large journey home without proper rest and or stopping to eat.

Judge awards more than $1.2m in compensation to the truck driver

The primary judge held in favour of the truck driver, finding that the employers were in breach of their duties of care to Mr Kerle. In his decision, the judge stated that each of Mr Kerle’s employers knew of the risks of working long shifts in a remote location and failed to take actions to reduce that risk.

Regarding the labour hire company, the primary judge had this to say:

‘Sight should not be lost of the fact that the risk in question here did not arise unexpectedly out of the work performed or by reason of some quirk of circumstance. The contract required Axial’s staff to work consecutive 12-hour night shifts and, in Mr Kerle’s case, to travel vast distances to and from home to do so. These features were well known to Axial and carried with it risks that had to be met.

‘Far from taking reasonable care to ensure that Mr Kerle was prepared with adequate knowledge and training to be cognisant of the risks involved in what he was undertaking and to be aware of what was in place to assist him meet these risks Axial effectively ignored them.’

Damages were agreed at a gross amount of $1,250,000 in compensation for Mr Kerle’s car accident injuries.