Home Blog Can you claim workers compensation after the retirement age?

Can you claim workers compensation after the retirement age? 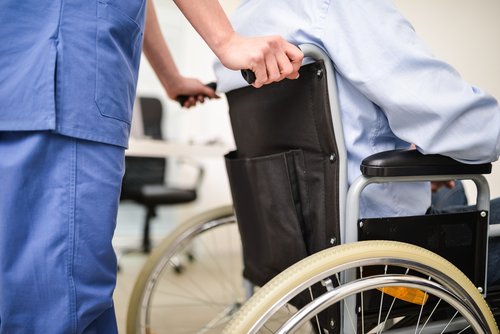 A workplace injury can have a devastating effect on the life of a worker, both at the time of the injury and for years after, especially if ongoing medical treatment and rehabilitation is required.

But what happens when workers reach the retirement age? Are they still covered by workers compensation?

Firstly, if you’re injured before you’re old enough to retire, then the weekly payments will stop one year after you reach the retirement age.

Secondly, if you’re injured while you are or older than the retirement age, then weekly payments are available for only one year after your first incapacity.

For medical expenses, the current laws allow the payment of compensation for up to a maximum of five years after the weekly payments cease, depending on the severity of your impairment.

This means that retired workers who have ongoing medical needs, will have to rely on Medicare or private health insurance to take care of their future medical expenses once the time limit for workers compensation has passed.

However, a recent landmark case has illustrated that this may not always be the case.

In a recent landmark decision, retired railway worker Sam Baldacchino, was able to claim for the cost of his knee reconstruction, even though it was well past the time limit for workers compensation.

Initially, his claim was rejected by the Workers Compensation Commission because the time limit applied and so the cost of the knee reconstruction was not eligible.

However, Mr Baldacchino’s lawyers successfully appealed the decision on the basis that a knee replacement could be classified as an ‘artificial aid’ and so the time limit did not apply.

Under section 59A(6) of the Workers Compensation Act 1987, the time limit for compensation does not apply for the following kinds of medical treatments:

(a) The provision of crutches, artificial members, eyes or teeth and other artificial aids or spectacles (including hearing aids and hearing aid batteries)

(b) The modification of a worker’s home or vehicle

Mr Baldacchino’s case is a ray of hope for retired workers who suffer from similar conditions. In this case, it was Mr Baldacchino’s knee, but the precedent could also be set for those who need surgery for other joints, including hip replacements.

It’s important to note that this was a decision made by the Workers Compensation Commission, which can still be appealed in the Court system. However, if the decision is not overturned, it could help other retirees who are in similar situations, claim compensation for their old work injuries.

If you’re suffering from a work injury and need to speak to a lawyer, call our friendly team at NSW Compensation Lawyers. We will be able to assess your claim and help you receive the maximum compensation you deserve. Speak to us today on (02) 9601 0088.