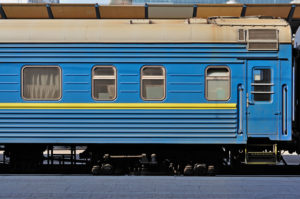 The High Court of Australia unanimously allowed an appeal in a negligence case in favour of an 8 year old boy who was seriously injured when he fell from a moving train.

At first instance the trial judge awarded the boy over $1.5m in damages against the State of New South Wales.

The primary judge found that the boy’s fall was due to the station attendant’s negligence and held the State vicariously responsible for the boy’s injuries.

There was no direct evidence regarding the boy’s fall so the primary judge’s decision was based on inferential fact finding.

The Court of Appeal overturned the initial decision finding that alternative hypotheses about the boy’s fall were equally open which did not rely on the station attendant’s negligence.

On appeal to the High Court, a 5-member bench restored the primary judge’s decision finding that the boy’s case depended upon proof of three inferences of fact:

According to the High Court Justices, the conclusion that the boy fell from the front western doors of the lead car was inevitable. The conclusion that immediately before the fall the boy must have been between the doors with his back to one (as he pushed against the opposing door) is accepted by the primary judge and the Court of Appeal to be the correct inference.

“If the primary judge’s conclusion that the reasonable and probable explanation for this state of affairs is that Corey was trapped between the doors as they closed at Morisset Station, is a correct finding, it remains correct notwithstanding that other possible explanations for the known facts cannot be excluded.” [47].

“The evidence was that it was not unusual for passengers to become trapped in the doors of cars as they closed at stations” [52].

Necessarily at least part of his trunk and limbs must have been protruding from the train.

“In light of the Court of Appeal’s acceptance that Corey was in that position before his fall, the further finding that Corey came to be in this position as the result of the doors closing on him at Morisset Station is correctly characterised as the most likely inference ‘by a large measure’.”

The High Court found that the Court of Appeal erred in overturning the finding of the primary judge.

The appeal was allowed with costs.