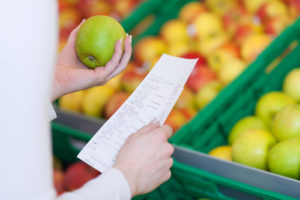 In a recent high-profile case, a woman was awarded over $90,000 in personal injury compensation after she slipped on a grape in a Coles supermarket and injured herself.

In October 2012, Mrs Sangeeta Guru was shopping at the Coles Supermarket in Cambridge Gardens. While she was in the fruit section, she slipped on a grape that had fallen to the ground. She fell heavily and suffered soft tissue injuries to her torso and limbs.

Mrs Guru brought a claim for compensation against Coles in the District Court under the Civil Liability Act 2002 (CL Act). Coles denied that it was liable for the personal injury arguing that the risk was obvious and that it did not have a duty to warn customers. It also claimed contributory negligence on the part of Mrs Guru.

Was it an obvious risk?

Coles claimed that it did not have a duty to warn customers of the slipping danger because the presence of the grapes on the ground was an obvious risk. Under s 5F-5H of the CL Act, ‘obvious’ risk is a defence against personal injury claims.

However, the judge dismissed this argument finding that Mrs Guru was looking at the goods on display as any reasonable person would be doing at the time. He also noted that she was entitled to expect that Coles would have had an adequate and safe system to keep the floor clean against the slip risk of fruit on the floor.

Coles in breach of its duty of care

As has been shown in a number of similar occupier liability cases, Coles had a duty to take reasonable steps to ensure the safety of customers who entered its store and guard against foreseeable risks. The judge cited a number of cases as authority for this principle including Australian Safeway Stores Pty Ltd v Zaluzna [1987] HCA 7 and Modbury Triangle Shopping Centre Pty Ltd v Anzil [2000] HCA 61.

Considering the requirements for liability under section 5B of the CL Act, the judge found that the slip risk of falling fruit was foreseeable, the risk was not insignificant and a reasonable person in the situation would have taken precautions to prevent risk of harm.

The judge also dismissed the claim of contributory negligence on the part of Mrs Guru, finding that in the circumstances her momentary inattention while looking at the goods on display was reasonable.

While assessing the amount of compensation for personal injury, the judge accepted that Mrs Guru’s injuries would impair her ability to carry out her housework and participate in leisure activities. For this she was awarded $39,500 for non-economic loss.

After reviewing the medical evidence, the judge also accepted that Mrs Guru may also find some difficulty carrying out aspects of her work as beauty therapist because of her injuries. She was awarded $40,000 for future economic loss.

The total amount of personal injury compensation, including other expenses, came to $90,130.

The case is a reminder that shop owners, have a duty to take care of the safety of customers and take steps to identify and reduce the slip danger of foreseeable risks.

If you’ve been injured in a public place and you’re unsure what to do, contact our friendly team of lawyers. Call us anytime, or reach out to us online here.